History of the Hotel Alcossebre

Inicio / History of the Hotel Alcossebre 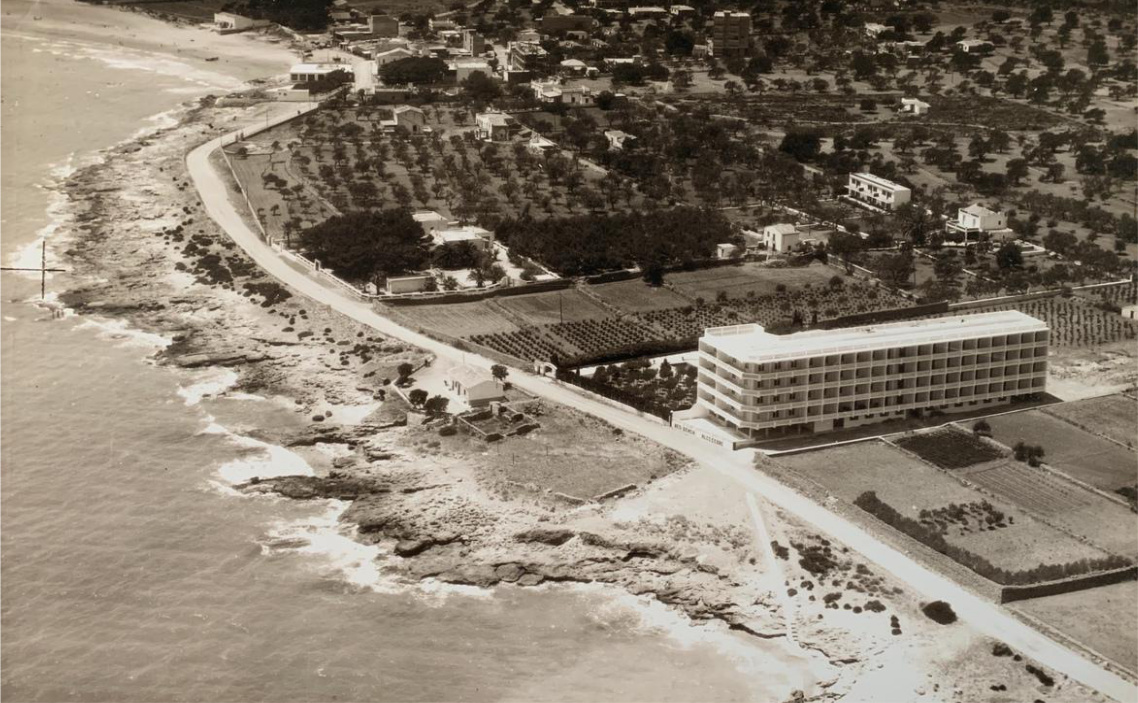 History of the Hotel Alcossebre

History of Hotel Alcossebre ¡Alegría Hotel, Fergus Alcocebre, ECO Alcossebre, 30o Alcossebre…! Hotel Alcossebre has changed its name many times, however, we have never lost our essence. All these years we have characterized ourselves as a family hotel with excellent attention to our customers.

History of the Hotel Alcossebre. At the beginning, our hotel was built as a tourist apartment complex with restaurant, called Residence Alcocebre. The building was built in the late sixties or early seventies, however, the residence worked until the late nineties and subsequently the complex was abandoned.

Later, in 2004 the building underwent a major renovation and expansion, becoming a hotel complex under the brand name HOTEL ECO ALCOCEBER. Due to the excellent reform, the Hotel Alcossebre became a modern and attractive resort for tourists in the municipality.

The 2004 reform made two substantial improvements:

The first improvement was the total renovation of the 80 rooms of the main building located infront of the sea. The second improvement was the construction of a second building with a distribution of 40 Family Suites, composed of an independent room, living room with two sofa beds, bathroom, and large terrace overlooking the pool focused on families with more than one child.

As a result, the Alcossebre Hotel multiplied its space and reached 120 rooms.

Then, during the years 2016 – 2017, the Alcossebre Hotel was part of the chain FERGUS HOTELS, composed of four partners. This chain managed a total of 21 hotels spread between the Balearic Islands and the peninsula. During this period of time the hotel was known commercially as FERGUS ALCOCEBRE / ALCOCEBER.

A year later, at the end of 2017, two of the four founding members of the hotel chain diverge from the FERGUS HOTELS brand. And consequently the two partners created their own hotel chain in the Peninsula, called ALEGRÍA HOTELS. That is why, from 2017 to 2020, the Alcossebre Hotel is marketed under the brand name HOTEL ALEGRÍA ALCOSSEBRE.

During this year, the Hotel Alcossebre has been acquired by new owners with the purpose of renovating the hotel complex and returning it to its tourist attraction. Therefore, during this 2022 season we have positioned ourselves under the brand of HOTEL ALCOSSEBRE. We invite you from this blog to visit the photos and descriptivos of the Alcossebre hotel today. https://www.alcossebrehotel.com/

Despite continuous brand changes, the essence of the hotel has never changed. The Hotel Alcossebre has always focused on families, under the importance of offering excellent service to all our customers.

® Copyright 2023 - Hotel Alcossebre
Manage cookies consent
To provide the best experiences, we use technologies such as cookies to store and/or access device information. The consent of these technologies will allow us to process data such as browsing behavior or unique IDs on this site. Not consenting or withdrawing consent may adversely affect certain features and functions.
Manage options Manage services Manage vendors Read more about these purposes
View preferences
{title} {title} {title}